Someone killed our Missy the Siamese Wolverine yesterday (June 1).

She didn’t come home to eat and nap in the early afternoon. My gut was telling me to find her. I last saw her walking past our storage shed in the back yard at about 10am.

I started looking for her. We had put a Loc8tor tracking tag on her collar, so I can locate her with a credit card sized handset from 300-400 feet. I walked for an hour scanning the woods to the north of our property with no hits. I saw two wild turkeys but no Missy.

At about 6pm Ann and I scanned neighborhoods nearby from the car with no success. Then I walked into the thick woods (Georgia jungle) behind our home and headed east, down the creek. About a half mile away, I was about to turn back when I got a faint signal on the tracker. I slowly honed in to a very rough area on the side of a hill, covered with fallen trees and underbrush. My tracker was saying she’s right in front on me but I saw nothing.

I assumed that the tracking tag or her collar had fallen off so that’s what I was looking for. I was brushing away leaves under my feet when I saw a patch of fur. Missy had been buried under some leaves in a small depression. I called Ann with the awful news and started home, with her lifeless body cradled in my arm. I assumed Missy had been killed by a coyote and covered up.

On the way home I called Ann and asked her to contact our neighbor Chris to help me determine cause of death. He met me in the woods behind our house and walked with me to the driveway. I put Missy down and Chris started examining her. He immediately found a small gunshot wound on the side of her head and the exit wound on the other side. We were stunned.

We decided to report the shooting to the sheriff’s department. They sent out an officer who was polite, compassionate, and professional. He took all the pertinent information and went to a neighborhood near the place where I found Missy to canvass people. Chris and I drove there and talked to several people. Nothing definitive was uncovered.

I believe that we may have a serial pet killer who is an expert shot in our area. After he kills the pet, he goes to great trouble to transport the body deep in the woods to hide it. He never thought that someone would have a tracking tag on a pet that he hid and would be able find it.

Missy had one clue on her body that may help us find the killer.

Many pets, especially cats, have disappeared from our neighborhood in the last few years. The usual suspects were coyotes, which is why I bought the tracking device – to get Missy in before dark. Now we know that someone is shooting pets and hiding them. How many of the missing pets were actually due to coyotes?

The Siamese Wolverine was a bold, strong, stunningly beautiful, energetic cat. Not long ago I saw her pull a big black snake out of a briar patch. Last week she treed a raccoon in our back yard, tackled it when it came down, and chased into the woods. Also, she was bitten by a copperhead on the chin last week and was sick for about 8 hours. She had a charismatic presence that caught everyone’s attention when she made an appearance. Her death is such a waste as well as an act of undeniable cruelty.

On the morning before her death, Missy was sleeping at Ann’s feet on our bed. When Ann got up at dawn to go to the garden, Missy moved to my left side on the edge of the bed and smuggled up against my chest. As I stroked her wonderful coat, I could feel her deep purr. It was a peaceful way to begin the day, a day that I’ll never forget.

We are devastated. We hope for justice.

Submit your story or picture  > View all testimonials  > 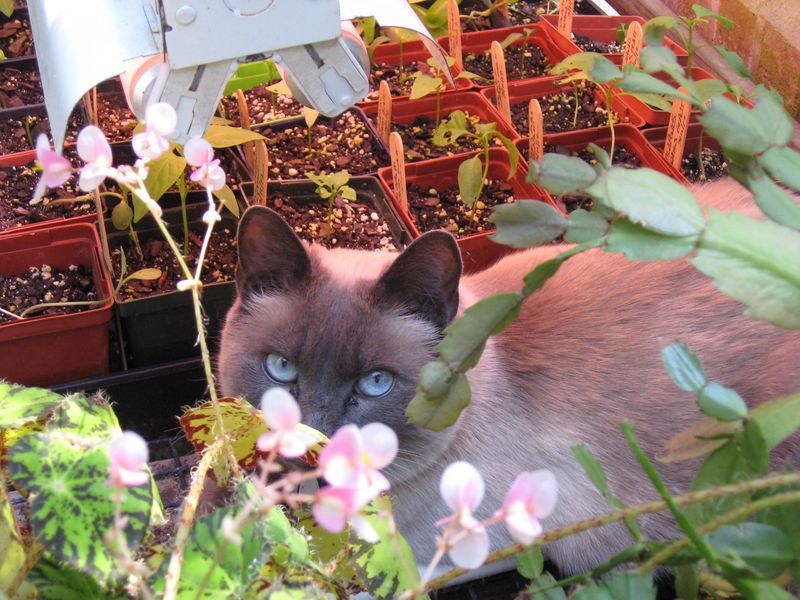 Tell us your story

If you have a story about Loc8tor you'd like to share please submit it here to help spread the word about keeping your belongings safe.